Happy Labor Day! Here's some 4th of July in Boston Pics to commemorate the last the Summertime American Holidays

Closing Out Summer with a Look Back: 4th of July Photos featuring 3rd of July Weymouth Fireworks from Houghs Neck (Quincy) and the Views of Boston's Emerald Necklace

As we celebrate Labor Day, the last of the "American Holidays of Summer," here's some pictures from the middle of the summer, 4th of July in the Boston-area.

On 3rd of July, Hough's Neck, a tight-knit neighborhood of Quincy, is pretty much shut down and block parties reign. People watch the Weymouth Town Fireworks, which set off from Wessagusset Beach, on the Quincy side of the shore.

If you're lucky enough to have a cool uncle who is also a lobsterman, you can have fresh caught lobster during your 3rd of July celebrations. Of course, some people don't have family who catch the food that day, and that's perfectly fine, though just not as cool. I like the knuckles the most. It's a flagrant violation of my mostly vegetarian living, but I can't help myself. 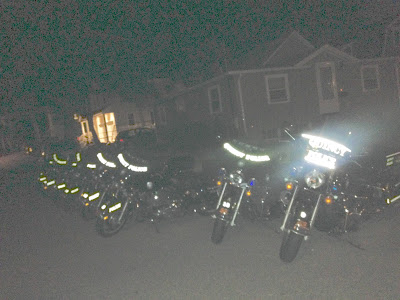 Don't you hooligans go trying anything just because there's a huge party in the neighborhood! The police force are out and about all over Hough's Neck to try to keep the peace. 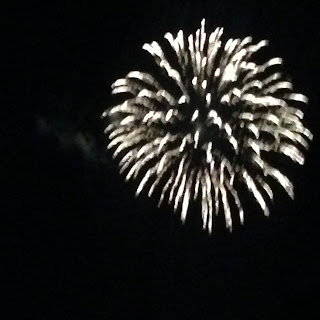 There's a big bonfire on the beach before the Weymouth fire works show. Though every year, everyone says the same thing, "It used to be way biggahhh."

This is Boston on 4th of July, as seen from a gorgeous hazy view in Hough's Neck. I took this pic, then went swimming. Earlier, I'd gone swimming in my Aunt's sister's pool.  After this, I went swimming in my aunt and uncle's neighbor's pool I mention this for a reason, which you'll see in a moment.


On my way home from Quincy on 4th of July evening, I stopped at the Stonybrook Reservation's Turtle Pond, in Hyde Park, which is part of the Emerald Necklace. This is a fishing hole. Swim at your own risk. Some do! Including me... Which means that on 4th of July I went swimming in an above ground pool, and in ground pool, the ocean, and then a pond! It was the makings of a spell or something!

I'm sorry I wasn't able to capture a better picture. My battery was dying and the iPhone isn't great for distances and at night. But I have to tell you: if the Boston fireworks continue (here's hoping!), viewing from the top of Peters Hill at the Arnold Arboretum (also part of the Emerald Necklace) is one of the best views of the fireworks I've ever seen. And I've been to the actual Hatch Shell, twice! It's crowded, but not overcrowded. The atmosphere is very pleasant and people of all types and ages are around. You just can't be afraid of dogs, because people bring theirs (maybe to keep them close and cuddled during all the banging and crashing, rather than home alone and terrified?) One of the many perks is you can see the less grand but still pretty fireworks from the surrounding towns that go one before these ones. But really, the best is the big show itself. It's brilliant with the Boston skyline shadowed in the background and everyone lounging on the hill, going, "Ooooooh! Ahhhhhh!"

Here's to summer and all it's fun and sun.

Now bring on the pumpkin flavored EVERYTHING.
4th of July holidays plus size pin up retro style plus size swimsuits sexy pin up vintage bridge style 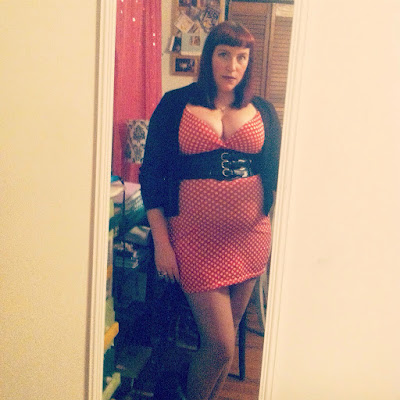 Oo La La! Wearing My Pin Up Style Red Polka Dot Body Con Wiggle Dress in the Middle of Winter
If Minnie Mouse wore a body contouring wiggle dress, instead of a circle skirt style dress, I think this would be it. Minnie meets Jessica Rabbit, to mix my cartoons. Haha.
I wore this dress last week because sometimes in the middle of winter, you just have to pretend like it's not. Right now I'm in several layers of pajama pants and sweats. Looking at this "sexy plus-size pinup outfit of the day" from a few nights ago makes me happy, thinking of warmer times, when it was in the high 30s/low 40s, instead of freezing and snowing.

Why It Works as a Sexy Pin Up Plus Size Outfit
This dress is reallllly short. I don't often wear it without leggings, but I was going all out on this thing that night, so I wore sheer stockings. I'm not going to lie, there's absolutely no way to bend over in it, and I spent a lot of time pulling it down when I was standing up. So, that&#… 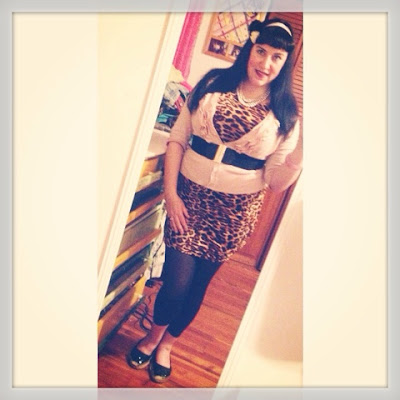 How to Wear a Wiggle Dress for Your Plus Size Pin Up Easter Sunday Outfit: Add Ruffles to Your Leopard Print!

Wearing a Leopard Print Wiggle Dress as a Pin Up Style Plus Size Outfit for Work, Daytime Event or Holiday Party
I've worn this leopard print bodycon dress from SammyDress.com a few times. Without the cardigan and belt over it, it's a lot sexier and form fitting. But I think with the leggings and cardigan over it, it tones that aspect down and makes it a very nice dress for work or, in this case, for Easter dinner.
Why It Works as Vintage Workwear or Easter Dinner Outfit
The pretty soft pastel pink accessories and accents make it a softer outfit, especially with my super lovely and sophisticated Aunt Betty's pretty pink costume pearl necklace that matches the cardigan so well. It's a balance of fun with sweet and makes for a very pretty outfit.
Cheap Pin-Up Fashion Elements
The multi-string choker was a handmedown, so you can't get cheaper than that. But there are statement necklaces like that in a lot of thrift stores, if you don't mind rifling through what… 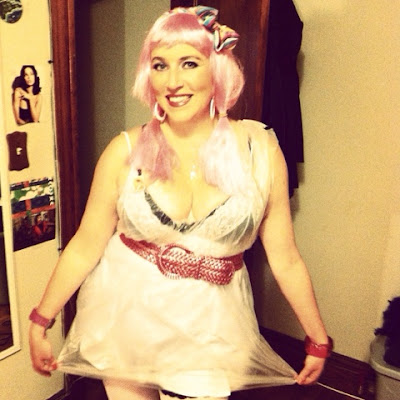 Pinup Style - All my adventures in pin up style, including retro hairstyles, plus size vintage outfits and pin up makeup art
Vintage Style Accessories - See why I've dubbed myself the "Accessories Czarina"; more prestigious, even, than a Queen
Plus Size Outfits for Work - ideas for work outfits at bargain prices with vintage style
Cheap Vintage Fashion - Bargain style for a 'Bohemian Budget'
Pin Up OOTD - outfit of the day ideas in pinup style
Plus Size Pin Up Looks - I wear between a size 12 to 18, depending on the clothes; see how I put together outfits with a plus size pinup style
Vintage Bridge Style: Swimsuit Edition - swimming is my faovrite activity, and I'm here to affirm that all bodies are swimsuit ready!